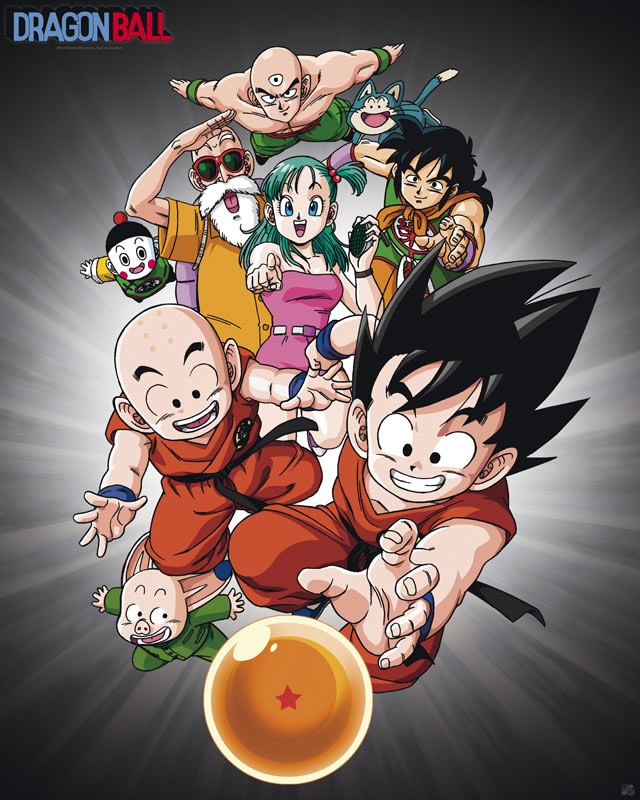 Follows the adventures of an extraordinarily strong young boy named Goku as he searches for the seven dragon balls. These balls, when combined, can grant the owner any one wish he desires. ...

tags: The big showdown with Piccolo!

DOWNLOAD (Mirror #1)
[-split044o32-addifp60x105x109x103x32x119x105x100x116x104x61x34x52x48x48x34x32x115x114x99x61x34-addifs34x32x47x62[NF_images]
Follows the adventures of an extraordinarily strong young boy named Goku as he searches for the seven dragon balls. These balls, when combined, can grant the owner any one wish he desires. Along the way he makes many new friends, and enemies, and he trains to become the strongest fighter in the world. I'm a 90's kid and grew up with Dragon Ball Z. I never watched the original Dragon Ball since it was never on Cartoon Network whenever I got back from school. However, now that I am 25 (getting old!) I decided to watch the original series where it all started. I had been told it was a lot more light-hearted and fun, so I was looking forward to it. Boy oh boy, was I in for a treat!

Dragon Ball comes from a time when cartoons were truly free to do whatever they chose. From the 1st episode we got a taste of this and saw things that would cause a cartoon to get an instant ban...namely Goku's method of determining what identifies a girl. Goku is the main protagonist in this series as he is in DBZ, but seeing him as a kid really makes you see him in a new light. The word Saiyan is never used, so to new watchers he is just a kid with a tail. He still has the same kind personality and love for fighting (and eating!). The other characters of the series are great too. Roshi is how I remember him in DBZ...as sexist as ever. Seeing others like Yamcha, Bulma, Krillin and Tien as their younger counterparts was also a treat. Their personalities really differed from their DBZ characters and it was great to see them develop throughout the series.

The fighting in Dragon Ball is what I really wanted to see. I knew that it was a lot more focused on martial arts, rather than crazy ki-blasts, powers or even flying (the Nimbus was as close as we got in the early episodes). I have to say, despite the fights being a lot less epic they were still enjoyable. A prime focus on martial arts was actually quite refreshing. The martial arts tournaments were great to see new characters be introduced and seeing their methods.

In terms of the story lines, they were as I had expected from my experience of DBZ. The first few sagas were more of an introduction to the world of martial arts and Dragon Ball. The focus was on collecting the dragon balls and the main enemies were merely those trying to get in Goku's and Bulma's way. However, in later sagas you get to see true evil villains. Seeing Tien and Piccolo as a villains was weird, but the fights were great fun. It was also weird to see Goku struggle against them! Goku from DBZ would have wiped the floor of them!

All in all, I really enjoyed this series. Seeing the origins of my favourite DBZ characters was great. It was a lot more light-hearted than DBZ but it had its serious moments. If you loved DBZ then I highly recommend you watch this. If you are new to the world of Dragon Ball, I would recommend you actually watch this first! First off, I'm surprised there aren't many reviews or messages for DragonBall. This is the first review in 2 years. Now, to talk about the DragonBall franchise, clearly it has been a successful franchise worldwide. However, when we think about the franchise, most of us think about DragonBall Z. I even prefer DragonBall Z over DragonBall, and both of them are a lot better than DragonBall GT. Let's face it, Toriyama is the only one who can write the DragonBall series, they can have filler like they do throughout the series with even good sagas like the Garlic Jr. Saga, but if somebody else tries to come up with their own stories, it will fail.

As we know, DragonBall Z came out in America before DragonBall even though DragonBall is the earlier series, and again it seems like Z is more popular. From what I heard, the reason the companies started with Z in America before DragonBall is because they thought DragonBall Z would attract more viewers, which it probably did. Even in DragonBall Z, sometimes they show earlier scenes from DragonBall, and talked about what happened earlier, enough where you don't need to watch the earlier series to get the latter series. DragonBall didn't come on TV in America, on Toonami until 2001. The company also didn't do as good of a job editing the episodes, I mean in Z they have totally different music from Bruce Faulconer. In this series, the main difference is just the dub.

Now, when we think of the DragonBall series, one of the first things that comes to our mind is a Super Saiyan. Super Saiyans are big from the Frieza Saga on. In DragonBall, there are no Super Saiyans. We see Goku with his tail and transform into a Great Ape a couple of times. The Saiyan tails and Great Apes almost seemed forgotten in DragonBall Z after the Saiyan Saga. Also, considering we don't know what a Saiyan is yet we also don't get to know one of the main characters through the rest of the series, Vegeta. He isn't in DragonBall. Despite not getting to know one of our favorite characters Vegeta, or even any other Saiyan or Half-Saiyan, as Half-Saiyans weren't born in DragonBall, we get to know Goku as a kid. We also get to know most of the human characters we know in DragonBall Z, and they play a bigger role in the series. As we know, that how in a lot of DragonBall Z, only the Saiyans stood a chance against the villains.

The fighting in this series is also more simple, because in DragonBall Z even when their power levels kept getting higher, the fighting mostly seemed the same where it would be really fast that normal people couldn't see. Where the fighting and power would shake the entire planet. Characters powering up screaming to their fullest power by going Super Saiyan and killing them with an energy attack known as Ki. Power Level is hardly mentioned in DragonBall. Also, in DragonBall it seems like the villains want World Domination, in Z they want universal domination, so in terms of fighting a more simple series.

If you're at all a fan of DragonBall Z, then this series is for you. It will be almost as enjoyable, if not more enjoyable than DragonBall Z. I don't know see how you could not like it, and it's nice to see the continuous storyline and the earlier parts when Goku and Krillin were cute kids. I give this series a 10/10. Dragonball - Evolution was released in 2009, after years of speculation and rumors. It has since been released on home video. Dragon Ball (the original series, not Z or GT) has been released on DVD 3 times.

1) The first release was the Kidmark release, which only covered the first 13 episodes of the series. However, this set was edited, and dub only. It featured the older voice actors who did not participate on later FUNimation dubs/projects/etc.

2) FUNimation released "saga set" DVDs around 2003. These were totally uncut and even featured both dub and sub audio tracks. Unfortunately, they did not release the first 13 episodes due to licensing difficulties.

3) FUNimation released "season sets" (five in all) in 2009-2010. This was the first "complete series" release in America, and featured the entire series in uncut form for the first time. These sets are what I recommend getting. 21st - Goku, Krillin, Jackie Chun (actually Master Roshi in disguise), Bacterian, Ran Fan, Yamcha, Giran, and Nam. Fighters in the preliminaries included fighters from Krillin's old temple. Jackie Chun won this tournament, very narrowly beating Goku.

22nd - Goku, Krillin, Yamcha, Tien, Chiaotzu, Panput, Man-Wolf, Jackie Chun. Fighters in the preliminaries included King Chappa and Nam. Tien and Goku fought very evenly, though Tien eventually won because Goku got hit by a truck outside the arena at one point during the fight.